Why is Japan obsessed with food 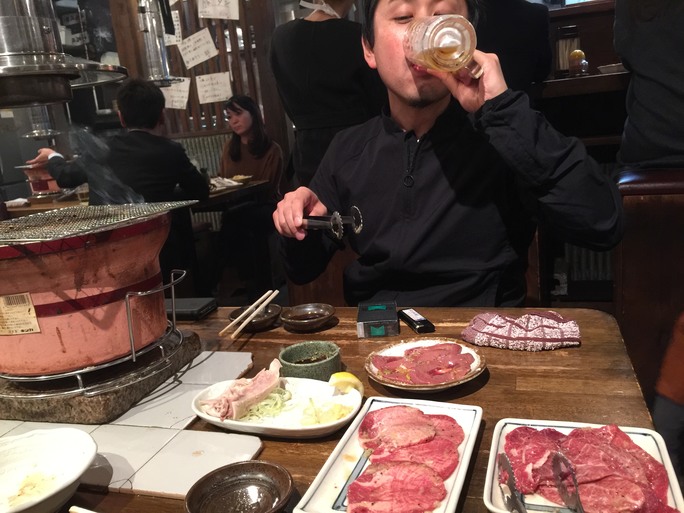 There are very few foreigners who cross the pond and manage to spend several years in the land of the rising sun without falling head over heels for the food. On occasion i'll hear of a traveler that doesn't like Japanese food, but it's pretty hard not to like it after a couple years.

If somebody asked me to describe what makes a dish Japanese food in a technical way, I would simply say "food characterized by kombu stock and the subsequent umami".

If somebody asked me me the same question from a spiritual standpoint, I would say "incredible delicacy and attention to detail... and tsuyu flavor".

But I digress. Why is Japan so obsessed with food? Not that I'm complaining. I still don't consider myself a particularly good cook, or a foodie as the kids put it, but before I came to Japan I didn't care at all. I used to buy 6 or 7 frozen pizzas when they went on sale at Meijer, and consider my food problems solved for the week.

I spent the first year of my Japan life eating at izakayas, because that's where people drink. The side dishes, and random things on the menu were so good, that I suddenly became interested in going to bistros and Japanese restaurants.

By my third year in Tokyo, I was spending hundreds of dollars a week on food and drink, and not regretting it. There was something liberating about experiencing new flavors and foods. I distinctly remember the first time I ever had a katsu-don because the flavor of tsuyu blew my mind.. and who doesn't like deep-fried pork cutlets.

There's so much of this kombu stock (or dashi, in Japanese) flavor in Japanese cuisine that somebody eventually coined the term umami to describe it. I still don't really understand the specifics of what umami is, so in my head I just consider it how much something reminds me of tsuyu. If you're not familiar with tsuyu, go to your local asian market and buy a little bottle and try it the next time you're pan-frying some chicken. It will blow your mind.

Personally I think that food tends to bring middle class people together in countries where groups are important. A lot of people have experienced family dinner as a child, and the lucky ones still get to experience it as an adult.

Japanese culture takes this to the next level since the culture is basically just concentric circles of groups vying for every Japanese person's attention.

Every event in Japanese culture seems to have food. You go to "watch flower?" - bring food. Sporting event? Bring food. Taking a train to an onsen? Bring food. Not even hungry, because your train to the onsen leaves at 9:30 am on a Saturday? It doesn't matter. The unspoken rule is that you eat on the train.

Anyway, when food plays this big of a role in daily life, I suppose you start to really hone your craft.

Or, maybe it has something to do with Japan's collective obsession with France, and the pedestal they put it on. The world may never know.