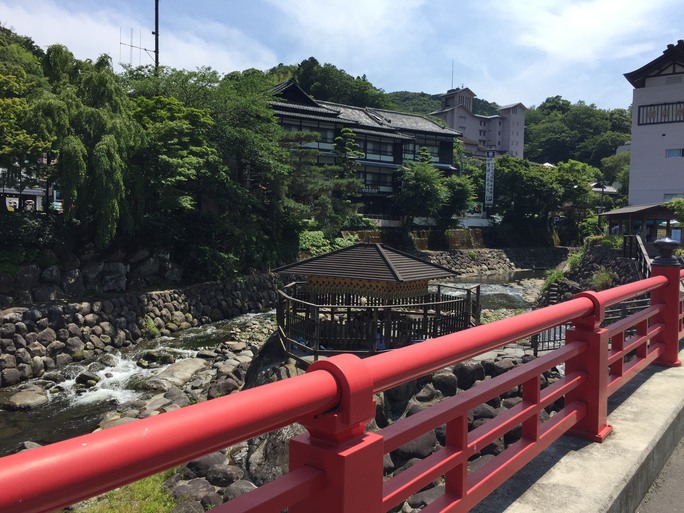 Heading to an onsen is one of those uniquely Japanese experiences that I can never recommend enough. Sushi is great, but it's become so common in the states that it's not hard to find in any good-sized city. Onsen, on the other hand, is something that you really have to be in Japan to experience.

"Onsen" refers to the natural hot springs caused by Japan's volcanic nature. While it's not particularly popular in America, bathing is quite common in many Asian cultures. There's just something appealing about stripping naked and sitting in a big pool of vitamin-rich water with random strangers.

The general process is:

- Take the train, stock up on sake, and watch the world fly by

- Strip down and change into a yukata

- Find the actual onsen room, and strip down to take a pre-shower

- Put your yukata back on, and drink some vending machine milk

- Return to your room and eat a kaisenki meal (best when served in your room, but cheaper ryokans have restaurant areas)

- Sleep on a futon on the tatami

- Check out, head back home, be sad that you're not at an onsen anymore. 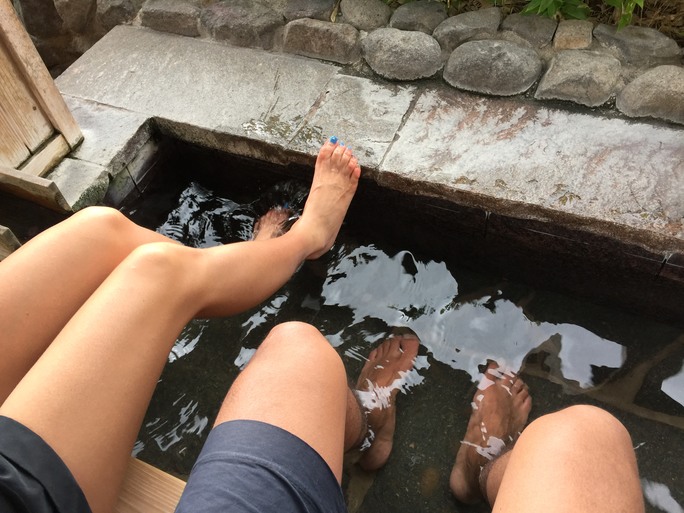 I had some business of sorts in Shuzenji last weekend, so I figured if i'm spending 3 hours on the train to get there anyway, I might as well spend a night at an onsen. The picture at the top of this post is the main Onsen area in the town, and the picture just above here is foot onsen (ashi-yu) that anybody can use.

There's no standard temperature for ashi-yu, which is why I wasn't aware that this particular ashi-yu was designed burn the joy from your life, and your feet. My feet turned red after about 20 seconds, and i'm black, so making me turn red means that it was approaching the temperature of the sun. 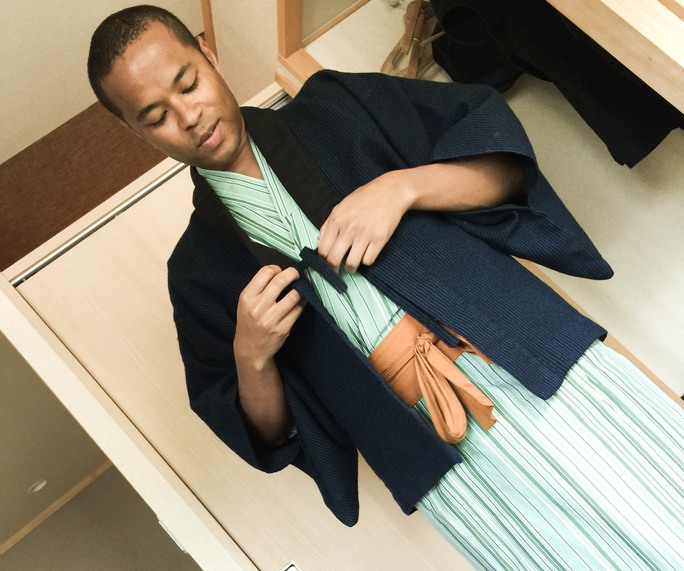 Looking ridiculous is half of the fun, so I threw on my yukata, ate a bunch of fish, and relaxed for the 20 hours or so before checkout.

I grew up in smaller town in west Michigan, spent my summers "on the river", like midwesterners do, but always wanted to move to a bigger city. I spent countless hours and an absurd amount of effort figuring out how to move to the biggest metropolis on earth.

It turns out that after 5 or 6 years in Tokyo, you start to really enjoy having a few hours to just sit around and do nothing... alone.. around nature. People spend outrageous amounts of money for a carefully curated trip to a somewhat green town - nevermind that everything is paved and anything too natural in Japan is considered dangerous and swiftly removed - but it still looks something like nature.

I suppose there's a couple different lessons to be learned there.

I have no idea what they are, but I'm pretty sure that there's a lesson to be learned there.