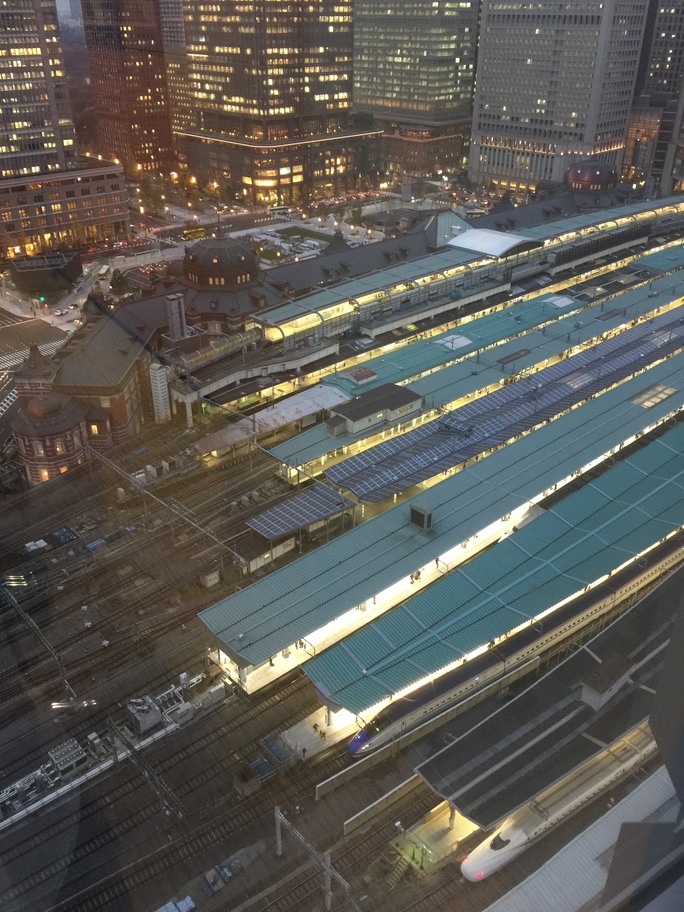 I was eating a family-sized tub of ice cream the other day, and it occurred to me that Japanese families eat less than I do as an individual. A brief sense of shame swept over me, but I continued, brazenly, with the delicious task at hand. How do people manage to keep eating stir-fry and miso soup when it's 99% humidity out and literally 95 degrees out? I pondered this whilst further shoveling ice cream into my mouth.

It reminds me of the fact that everybody knows that 8:00 in the morning is the worst time to be on a train platform in Tokyo - but most people still do it anyway. The rainy season starts in June, and while Americans look forward to fireworks and BBQ for the fourth of July, Tokyo-ites look in dread as the annual forecasts for oppressive humidity and precipitation start to come in.

It would seem to make sense to dress cooler, go swimming, turn the air condition on, or eat more ice cream or something, but for most of Tokyo these are luxuries preserved for the wealthy, other than the ice cream of course. Still more worried about their outward appearance than the temperature outside, men drape themselves in off-the-shelf suits and pack themselves into trains while drops of sweat visibly form on their temples. Yet, the air condition doesn't raise the temperature above 82.4 degrees.

Even before the train doors open, sweaty people start rubbing against their neighbors as they wiggle toward the, still unopened, doors. Where are they going? Why are they trying to move toward closed doors? Why don't they wait until the doors open instead of pushing people with nowhere to go? The world may never know.

Anyway, the point is, I quit my frickin' job. All good things must come to an end. I've got some pennies saved up, and a man can only take riding the train in the morning so much before they vow to never do it again.

Independence Day happens to be my first day of freedom, so i'll make a celebratory and symbolic Independence Day Independence Flight back to the States for a couple weeks to drink beers, ride sea-doos, and do otherwise mid-western things - such as gaining irresponsible amounts of weight.

Don't get me wrong, i'm still black, so it's still a lot easier to live in Japan, so I won't be moving back home any time soon unless I can find one of those neighborhoods where you don't raise suspicion for taking a walk (note: the place i'm describing pretty much doesn't exist in America). For the time being, i'll probably be closer to spending about 1/3 of my time outside of Tokyo.

I've never been one to rest on my laurels, so I suppose I'll just keep moving forward and see where things take me.

What I really want to do is build something big, which means i'll vet my ideas and see which ones are most realistic.

So long, farewell for now.