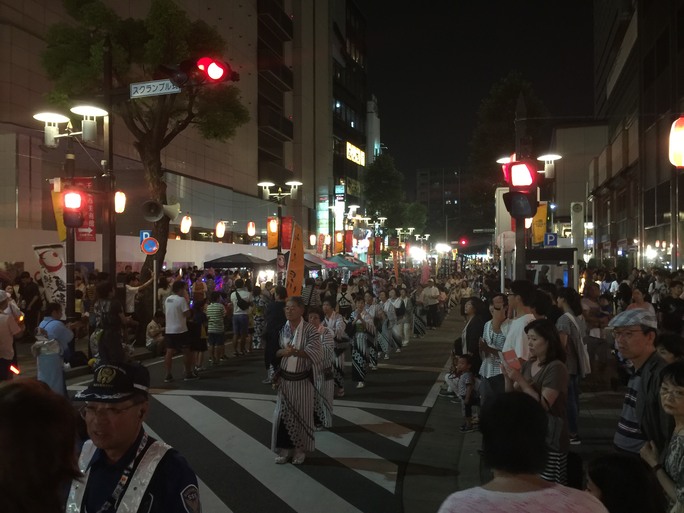 While walking through the Shizuoka countryside last weekend, I noticed all the open windows, unlocked doors, and occasional bikes unlocked on front porches. This isn't necessarily uncommon in small towns in any country, but Japan enjoys a great image of having a low crime rate and peaceful society.

Police officers here seem to spend more time yelling through megaphones at crowds about how to cross the street, a job more efficiently performed by street lights, than at fighting crime. As a black American, it's actually quite refreshing. The thought of being shot has never crossed my mind while interacting with police officers here, and I certainly can't say the same for interactions with police in the States.

Unfortunately, the sense of safety isn't necessarily shared by every part of Japanese society. "Random" stops by the police are pretty common for darker skinned asians and Chinese and Korean immigrants, and all women here have a ridiculously high probability of being assaulted at some point in their lives.

That article suggests that 1 in 4 Japanese women were physically abused by their partners in 2015. 1 in 4? That's a head-scratchingly high number.

It would still be bad if 1 in 4 women were physically abused in their lifetime. What the hell?

On occasion a Japanese person will mention that such-and-such a couple recently got in a fight that turned to blows, and it always catches me off guard because Japan has such an image of being a polite and peaceful culture. Who listens to stories about their friends getting in fist fights and doesn't think it odd?

That said, there's a pretty popular viral video in Japan right now where a student kicked and punched a teacher for taking away an iPad. Apparently Japan is going through the same thing as in the States where teachers are no longer able to levy much of any punishment on students without the threat of litigation or being fired, but that kid deserved a good ol' fashioned beating.

Who knows what the solution to the problem is, but I'm pretty sure it's not Japan sticking its collective head in the sand and pretending that there are no problems in society. When the main form of social punishment is making people feel like they're abnormal, reporting domestic crimes becomes punishment, too. It's the same reason that so many mental health issues go unaddressed here. Nobody wants to admit that their life isn't like the cutesy dramas they see on TV every evening and are constantly reminded of.

That said, the trip to Shizuoka was violence-free and fantastic. People here need less punchin' and more relaxin'.