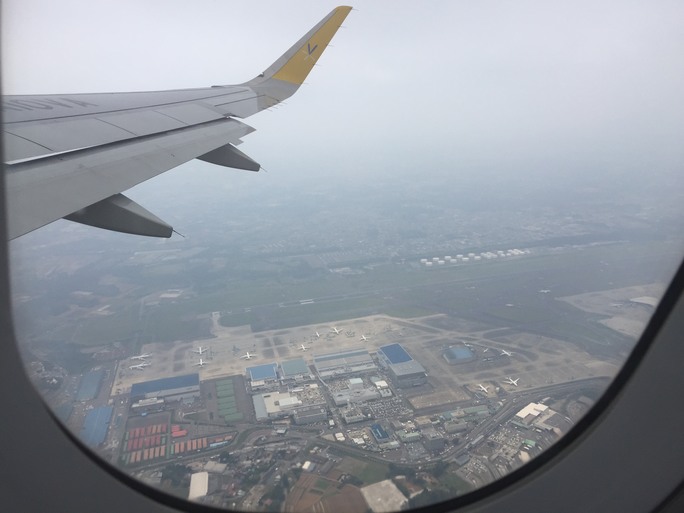 Tomorrow I fly out of Narita for the long quest back to the States. It wouldn't be wrong to call it a voyage. It's an hour long bus ride to the airport, 12 hour flight to a hub, hour flight to my hometown, and a 45 minute car ride from there to my actual hometown. All in all, it generally takes about 18 hours total.

The low hum of plane engines, and the stale in-flight air aren't what irk me. It's not even the bad food, or the cramped seats - it's the frickin' first time you get off the plane in America and the airport staff start yelling at you.

If I didn't absolutely adore my family like I do, and crave the sweet sweet barrel aged taste of Founders beer, there's a very good chance that I would only go home once a decade.

One of the greatest aspects of daily life in Japan as an expat is that the long history of social hierarchy and dearth of obedient workers means that customer service is Japan is phenomenal. Language constructs in the Japanese language mean that wait staff literally speak to customers like bosses, and the Japanese obsession with food sanitation means there's rarely a smudge out of place.

Contrast that with America, where some over-weight slightly obnoxious staffer, who genuinely believes that they'll be a millionaire some day, despite their astounding lack of exceptional skills or planning, yells, gestures, and points at visitors to get in the right line, remove their shoes, and prepare themselves for a cavity search if the spirit so moves them. Everybody in America believing that they're special has its pros and cons, but one of the cons is that very few people can simulate the Japanese service ethic.


How to Deal with Culture Shock

It's actually a pretty strange feeling to return to your hometown only to feel out of place. Suddenly realizing that mixing in random Japanese words into your English sentences makes you not only unintelligible but also a douchebag can be hard to get used to. Almost losing your life by looking the wrong before crossing the street, and serving sizes that are way too big all contribute to the feeling of isolation. Luckily I grew up as a black kid in a very midwestern white community, so I'm already inured to feeling out of place. But nobody gets used to feeling like you're "abroad" when you're in your own country.

My advice is to enjoy your time around family and friends and surround yourself with all the people that make you feel like you belong.

Also, don't forget to tip, and never mention your religious or political opinions. Definitely don't do that.