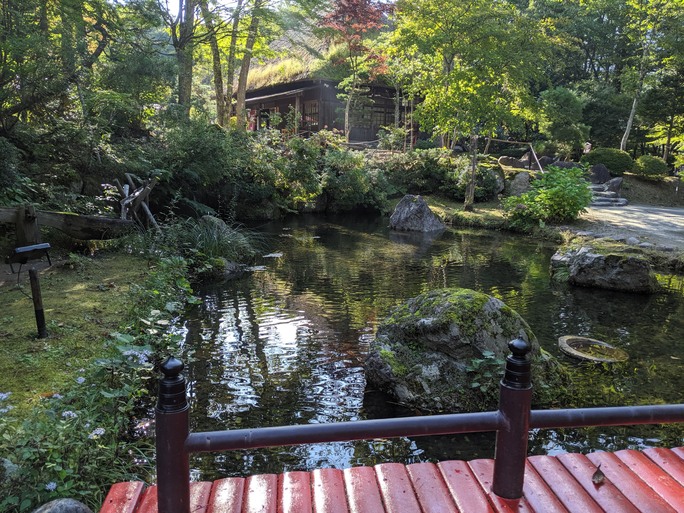 It's starting to cool down a bit in Tokyo, and when the beads of sweat normally dripping down our faces from the Tokyo summer humidity start to wane, we're surprisingly drawn back to the mountain hot springs, to sweat out the stress in the onsen waters.

For those who don't know, an onsen is a natural hot spring with mineral-rich water that Japanese have been using as baths for centuries. These days you can stay at an Onsen Inn where little foreign women likely being paid minimum wage wear kimonos and provide traditional Japanese feasts that you can enjoy, between lounging around and repeatedly bathing.

It's genuinely one of the best, and least known to foreigners, aspects of Japanese culture. That picture above isn't a hot spring by the way, just some nice scenery to calm you sufficiently for the stay. 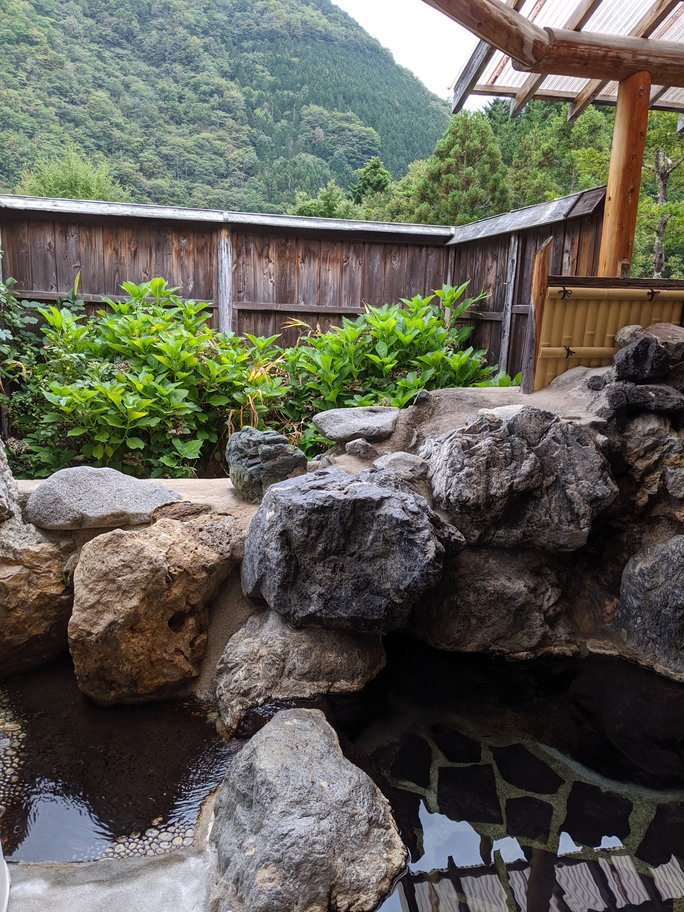 This is a Hot Spring

The thing that originally drew me to Tokyo was the idea of living in a huge modern metropolis, surrounded by foreign culture and language, and fumbling through new experiences daily. After 8 and a half years in the middle of Tokyo, everything seems a little less foreign, the language has become slightly less opaque, and new routines have formed where in the past was only uncharted territory.

I found myself dropping the "foreign" from the descriptions of my experiences. The "foreign food" became simply "dinner" and the challenge seemed to disappear with it. I call myself a programmer, because I program regularly - but can I call myself a traveler, after spending a decade in the same place?

I was watching the Japanese countryside slide beside the train, and I wondered if things are just too comfortable in my corner of Tokyo.

Onsen hot springs are relaxing. That's why people pay a couple hundred dollars to spend the night at one. You dress up, you sit in carefully sculpted nature simulations, and you soak in water with carefully calibrated alkalinity. It's really nice.

Like many African Americans, my blood pressure is high enough to shock the poor nurse who directs me to the nearest doctor. I drink a nice bourbon, bad wine, or expensive craft beer almost daily.

I probably don't have a lot of time left on this earth.

That's why i've decided to try to realize a long-time dream of buying a sailboat and cruising around some tropical locale for a year or more.

Before I came to Japan, I had decided that I would either move to Tokyo or buy a sailboat to live on. It turned out that I found a good job opportunity in Tokyo, so the sailboat plans were shelved for the time being.

I certainly don't regret my decision to come to Tokyo. The culture was great, but the people i've met were irreplaceable. I've lost better friends than a lot of people will ever even meet.

But sometimes, it's just time for a change.

I've decided to leave Japan at the end of the year. Hopefully i'll be moving onto a sailboat, but even if I don't, it will be the first step toward the sailboat cruising adventure that I envision as the next stage of my life.

Wish me luck, folks, as I may be the only black sailor for hundreds of miles in the very near future.