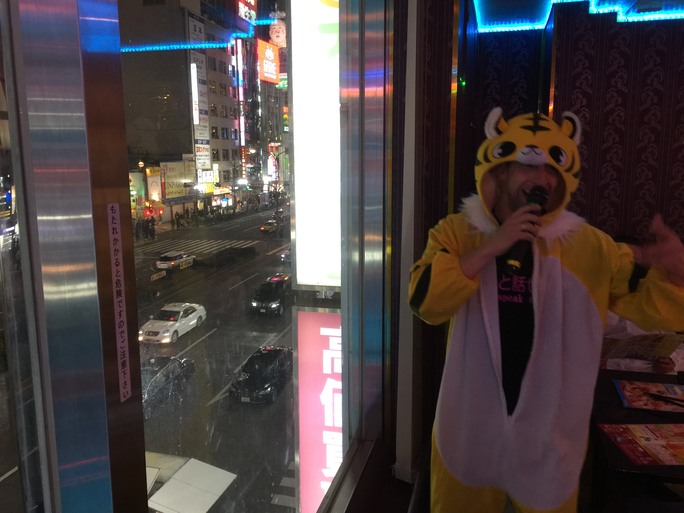 Of the few Japanese words that have made it into the English vernacular, "Karaoke", in close competition with "sushi" and "Nintendo", is likely the most widely known. While you may know exactly what English songs you prefer to sing, it's often a surprise to many first time visitors to Japan that Japan has a vast sea of songs that every Japanese person knows. Songs that saturate the Japanese pop psyche as much as "Don't Stop Believin'" does in America.

So let's get into my random list of favorite Japanese karaoke songs. Note that i'm in my mid-late 30's, and karaoke song preference is heavily dependent on age in Japan. Everybody knows the songs that were popular during their school years and prior, because those are the prime karaoke-patronizing years.

Ellie my love is a classic song, that gained some popularity in north America thanks to an English remake by Ray Charles. The sweeping and simple chorus makes for perfect drunken karaoke fuel.

Kandagawa is a really old folk song that pretty much everybody knows. Nothing else to really add.

Banzai is another song that's so catchy everybody remembers it. Sometimes I get the feeling that Japanese pop music is actually made for karaoke, but that's another story. I guess these guys are famous for their lyrics, but I don't really see it.

chiisana koi no uta is pretty famous for younger folks, I suppose.

Anything by the Blue Hearts is amazing for Karaoke, mostly because of the lead singers tendency for drug-fueled rockstar performances. My favorite is hito ni yasashiku (because that's really the only one i know the lyrics to). It's strange because they actually have a lot of slow songs, too.

Impress your Japanese friends next time you're at karaoke with your knowledge of the basics of Japanese karaoke pop music. Spread the love! And share any must-sing favorites with me if you know any.