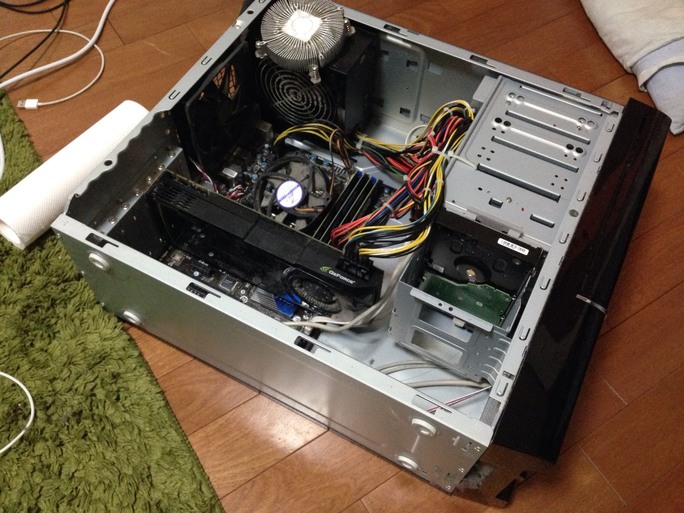 Many people think that Japan is a high tech and hyper-modern society.

Those people are wrong.

Those people have probably never lived here, because those people are misguided.

If you see pictures of rock-a-billy dancers in Yoyogi park, crazy lolita outfits on girls in harajuku, and fish still moving on a plate - you think Japan is amazing.

The problem is that out of the 150 million Japanese people, maybe 20 are rockabilly dancers, 200 dress like lolitas in harajuku, and the average Japanese person doesn't eat sushi very often.

This is what happened to the western image of Japanese businesses. We may use terms like "kanban" or "kaizen" in business in America - thinking that Japanese people have put as much effort and attention to detail into efficiency as they have into making sushi rice - but they haven't. At all.

I recently moved to a new apartment, and I can't pay my rent. I can't write a check, or pay with a card, so I had to register my bank account with the building to allow them to debit my rent directly from my bank account. Of course, they claimed that my signature didn't match, so the transaction was rejected, and I had to pay a physically-printed bill at a convenience store in cash.

Why do Japanese people hate technology - and me?

Originally I just assumed that Japan hates me. Then I realized that it's probably more likely that Japanese people just don't value convenience like I do. Sometimes inconvenience is actually the appeal of things in Japan. The tea ceremony is beautiful, and extravagant, and the tea you drink at the end tastes terrible, but at least it was a beautiful and inconvenient process, right?

A suggestion of automation, even automation that would obviously save vast amounts of money, is still a suggestion that the status quo isn't good enough - and sometimes that rubs people the wrong way in Japan, and everywhere else.

So what will it take for Japanese society to advance to a stage where it doesn't take me a full day of riding the train and barrel-rolling and flipping through bureaucratic hoops just to change the signature registered on my bank account? Probably a long time.

Although, the jury is still out on whether that's a bad thing.

All the things I like about Japan, like the food, the old buildings, the silly drinking traditions under the cherry blossoms - all these things are a product of the Japanese obsession with intentional inefficiency. The ability to suffer is a virtue in Japan. Maybe I should just consider the constant inefficiency as another tax (on top of the already ridiculously high taxes) that I willingly pay in order to live in Tokyo.

I'm going to do all these things because Japan is worth it. It seems weird to me, having been raised as a computer geek.

But sometimes inefficiency and inconvenience are their own reward. I don't know why that is sometimes true, and maybe i'm just justifying it, but somehow it seems like a gentle, soft lie that I am willing to tell myself.