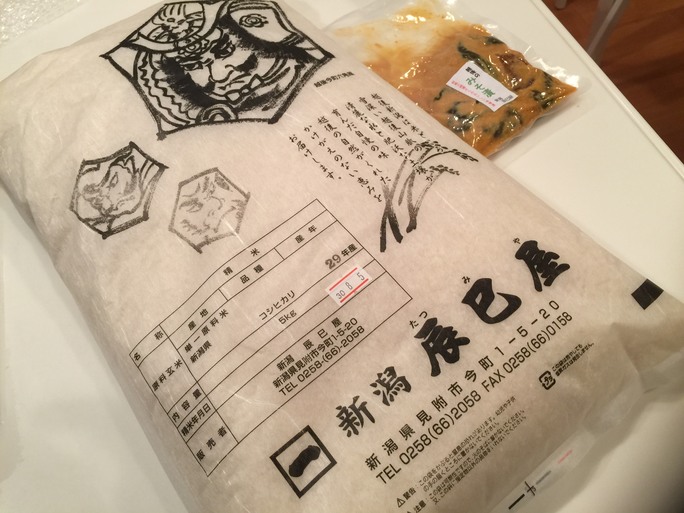 One luxury afforded the Japan resident is the opportunity to become a rice snob. An argument could certainly be made for the benefits of focusing one's snobbery on sake, or another rice-based alcohol, but I fancy myself a contrarian. For the last few years, i've been ordering nothing but 5 kg sacks of rice from a place called  辰巳屋米店 (Tatsumi-ya Kome-ten)  in Niigata. If you're interested in some pictures from a Japanese person who clearly likes rice more than I do, try this article.

This place is probably some huge conglomerate masquerading as a mom&pop shop, but it doesn't really matter, because they pull it off with great effect. The rice comes in a box with some home-made-looking Miso-fermented vegetables, called tsukemono in Japanese, and sometimes a hand-written letter of thanks. 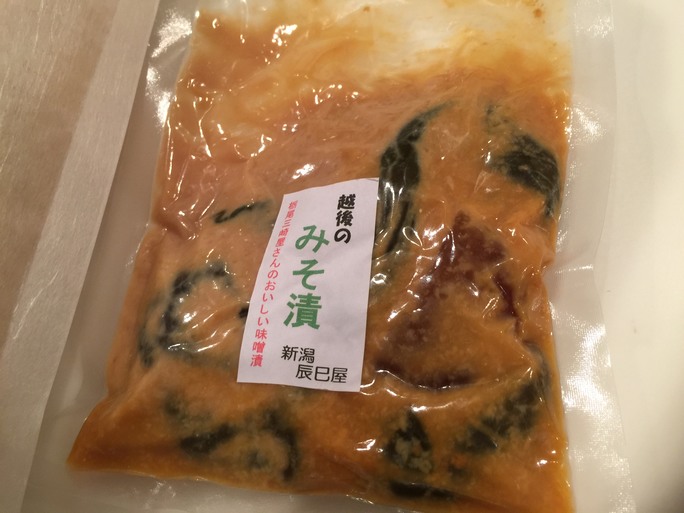 I never knew this before I lived in Japan, but there is a vast variety of types of rice with different properties and idiosyncrasies. I tend to order the "koshi hikari" variety, but that was just the result of googling "what is the best frickin' rice out there, fam?"

Supposedly, Niigata koshi hikari is a softer grain, which means it breaks easily, but also ends up delicious for things where plain white rice is served as a side dish. It's so good, you might even consider it the main dish, which a lot of Japanese people do. Something that I associate with a stomach-filler while being broke in college turns into a treat when it's nurtured by the loving hands of old Japanese people in the rice paddies of Niigata.

The strange side effect to this is noticing the quality of the rice when visiting a local restaurant or izakaya and factoring it into the overall mental rating of the food. I've taken a hearty bite of rice and meat at a small neighborhood restaurant and thought to myself "this place has good rice", which isn't even something I would have noticed 10 years ago.

I guess the moral to this story is sometimes Japanese obsession with minutiae, while lethal to efficiency, can often result in delicious new pleasures and experiences.

I’m so jealous of your good rice! Btw can I get emails when you write a post?

The rice is amazing! Thanks for reading. I never really finished programming the site, but i'll add an option to receive emails for new posts and comment responses soon.