Being Black in Japan 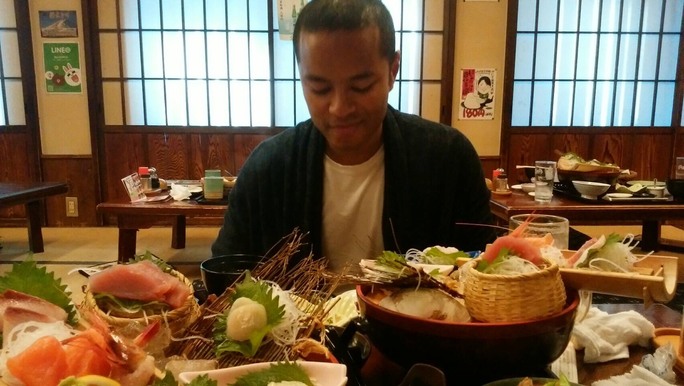 When every student first starts to study Japanese, they learn the basic writing systems, grammar, pronunciation, and vocabulary - but then they have a decision to make. After brute force of will and repetition allows you to hang on to a few useful phrases, you need to decide if you want to focus on natural speaking, the some 3000 Chinese characters you need to know to be fluent, slang, listening comprehension, or some other subset of the language. In the end, everybody learns some mixture of all of these, but it's not rare to meet a person that can read anything but can't speak very well, or vice versa.

Back when I was just starting to study Japanese in college, I knew that I wanted to emphasize my conversational skills the most. That's just a polite way of saying that I wanted to be able to hit on girls if the chance ever arose. So I used to watch Japanese dramas like crazy.

I would cringe my way through business dramas, afternoon soap operas, and 20 year old hits alike. I even tried my hand at adding my own English subtitles to lesser-known Japanese dramas to help out my fellow d-addicts.

During a viewing of a drama called Hana Yori Dango 2, about a poor girl and her nascent romance with an extremely rich guy - a very common theme in asian dramas, the main character goes to New York City. When she gets to NYC, a black guy (who is suspiciously African looking, but that's a whole different issue) steals her purse and runs away. After the girl chases him into an alley for some reason, a group of unprompted black men suddenly threaten her and, I shit you not, one throws a frickin' basketball at her. You can watch the scene on youtube, but while undoubtedly entertaining, it's a real head-scratcher.

Aside from the wildly ironic television station name of "SARS", one can't help but notice that portraying literally the only black people in the entire series as violent criminals throwing basketballs at people is a bit racially insensitive.

So is this really how Japanese people view black people? The answer is yes and no. Few Japanese people have actually talked with a foreigner, and even fewer have any black friends. Their opinions are generally formed from portrayals of black people in music videos and sports, which isn't really that different from a lot of Americans.

Most foreigners in Japan are already familiar with the script for meeting a Japanese person.

Up to this point it's okay, and ignoring the us vs. them mentality of asking a person if they can use chopsticks or eat sushi, it's a pretty normal conversation. If you're black, though, this is when you start squinting and tilting your head wondering if the other person is about to go full-racist on you.

And this is the problem with stereotypes in Japan. Almost everybody I know in Tokyo likes basketball and listens to hip hop, but the confirmation bias just made T-dot think it's because i'm black. Now he'll go to his friends and tell them about his basketball-playing, hip-hop-listening black friend.

The thing is though, I don't really give a shit.

Having people assume that I like basketball and hip hop is far more acceptable than getting shot at a routine traffic stop, or (this actually happened to me) getting frisked in front of a stylish gastro pub in a gentrified neighborhood back home. If stereotypes and the occasional set of old parents refusing to give an inter-national wedding a blessing are too much racism for you, then you just need to have thicker skin. 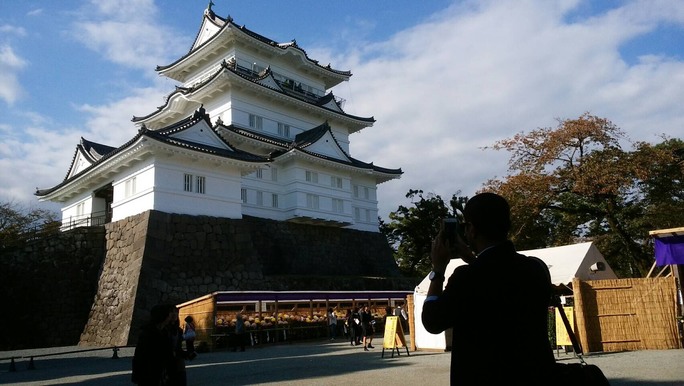 So What's the Conclusion?

Japanese culture is pretty racist. For most westerners it's a pretty benign racism that only shows up when trying to rent an apartment or get a loan. A Japanese realtor won't think twice about asking a landlord "are foreigners allowed? I've got a black-type American here" over the phone. And landlords don't think twice about answering "as long as they're not Chinese or Korean". So really, black people in Japan are just happy that they're not getting stopped by the police.

The way I see it, if i'm nice to a Japanese person, the odds are extremely high that now 100% of the black people they've ever met were nice to them.

In case you're wondering: In Japan, 33% of girls have no opinion about foreign guys, 33% would never date one, 20% would be open to it, 3% only date foreign guys, and 99% would make an exception if the dude is super rich. What does that add up to anyway?

For black guys, that number probably goes down proportionally with how dark you are. It's just a fact of life. But, things still work out because somehow you're automatically mysterious and maybe a little dangerous. It's all so exciting, I guess. In reality I was adopted by a midwestern Christian family that's whiter than the driven snow, but don't tell anybody.

p.s. Let me know of any good racist anecdotes I haven't heard yet.

Is it true that every blackmen can play basketball like Paul George?

Actually, that stereotype is completely true.